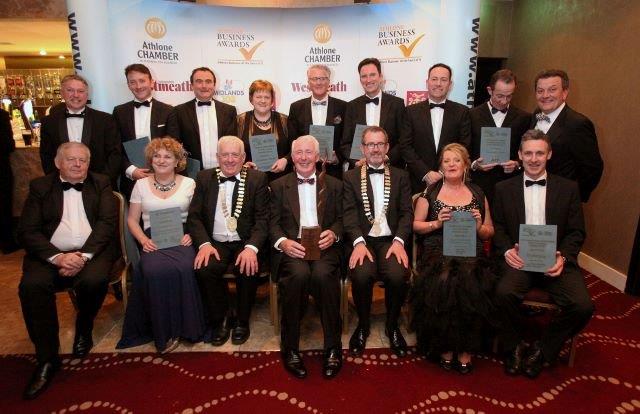 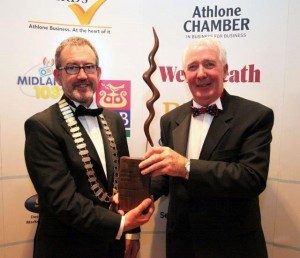 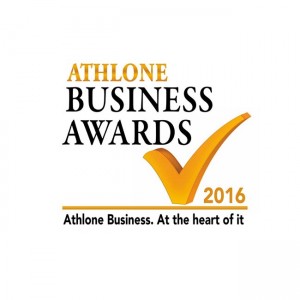 t John McGrath was delighted to welcome over 320 people to the Athlone Business Awards in the Sheraton Hotel on Saturday April 16th 2016 where the theme was collaboration. The night was a huge success and celebrated the accomplishments of so many local businesses in the Athlone region.

The winners on the night were as follows:

8 Innovation in Business/Technology Award was won by – Alexion

10 Exporter of the Year Award was won by – Woodfit Acoustics

12 Business of the Year Award was won by – Colm Quinn

The final presentation of the evening was the Athlone Chamber Lifetime  Achievement Award which was presented to James McGee of Athlone Extrusions.

We would like to sincerely congratulate all the winners and thank all the finalists for making it such a strong list of vibrant, diverse and successful local businesses at the event. Finally we wish to thank our sponsors, who made this event possible.

There are no upcoming events at this time.