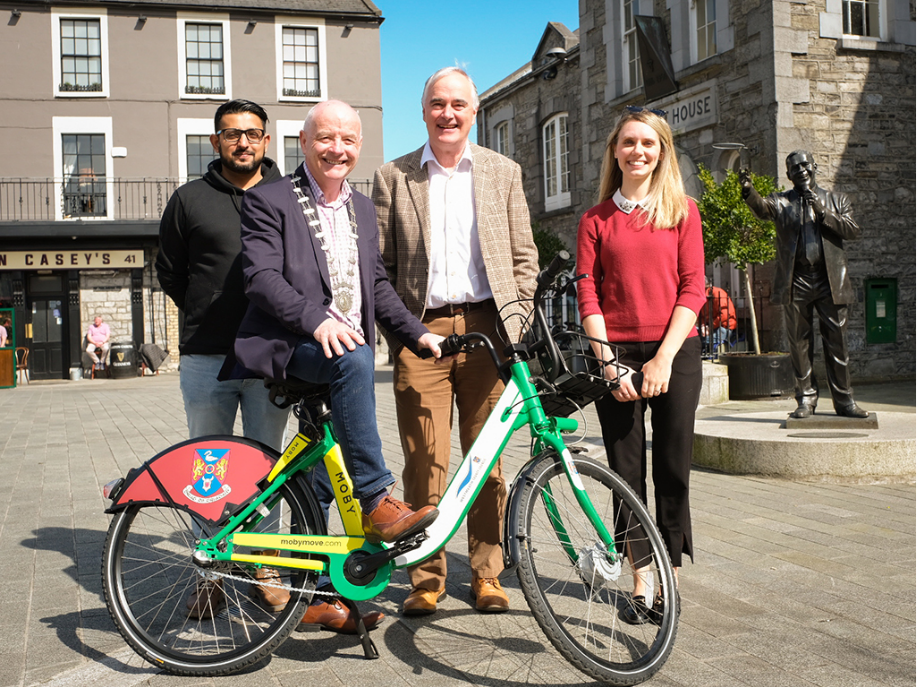 Next week will see a new addition to the streetscape of Athlone. From Monday next 25 April Westmeath County Council shared bike scheme will launch in Athlone Town. The general public will now have a new way of getting around Athlone , with journeys from Golden Island to Monksland  to work and home now a lot easier and more sustainable! Simply download the bike app and hire a bike. The bikes will be in 10 key locations in Athlone town and surroundings as the council launches the pilot scheme, with plans to expand depending on the take up of the scheme

Initial locations for Athlone town are:

How does it work

Cathaoirleach of Westmeath County Council, Cllr. Frankie Keena has warmly welcomed the launch of the Bike for Hire Scheme in both Athlone where 30 bikes in total will be on the streets within days.

“This is a good news story which will be a marvellous incentive in attracting extra tourists into the county, and it will also be of great assistance to residents as they move around the towns doing their daily activities, he said.

The bikes are fabulous and very comfortable to cycle. It is an initiative that I have been raising for quite a while and now I am just thrilled to see it coming to fruition, added Cllr. Keena.

The main purpose of the project is to encourage people to get out of their cars and start cycling. The bicycles will be located at ten bike stations around both towns.

A review of the scheme will take place later this year so I urge everyone to use these bikes as often as they can he concluded”.

This is an example widget to show how the Right Sidebar looks by default. You can add custom widgets from the widgets screen in the admin. If custom widgets are added then this will be replaced by those widgets.